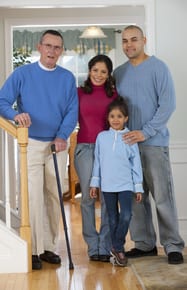 Speech disorders can affect children from an early age, or they may develop later in life following trauma or injury. Most speech disorders are defined as the difficulty or inability to form speech sounds for communicating. Some speech disorders are just part of slower development in children and may go away on their own as the child gets older. Other children with speech problems or disorders that do not improve, may need speech therapy.

Not all causes of speech disorders are known, however some believe that speech problems may be hereditary. In some cases, there is damage to the parts of the brain and nerves that work together to create speech. Speech disorders may also be caused by an underlying condition or disease that may include:

Speech disorders vary in symptoms and are categorized into different types of disorders based on how they affect a person's speech and ability to communicate.

An individual that stutters may repeat or extend words, phrases or syllables during everyday speaking. Stuttering may be especially pronounced under excitement, fatigue or stress. Many children stutter when they begin talking, however, most outgrow it as their speech progresses. Speech therapy is usually necessary to treat stuttering that is not outgrown by the time a child reaches school age.

Selective mutism is when an individual does not speak in certain social situations. Children under the age of five are most commonly affected by this speech disorder, which often goes unnoticed until they begin school. A combination of speech and cognitive behavioral therapies are usually necessary to treat selective mutism.

Younger children benefit greatly from early intervention speech therapies and their speech may improve by the time they enter school. It is important for patients with speech-related problems to see a doctor to create a customized treatment plan for their condition.